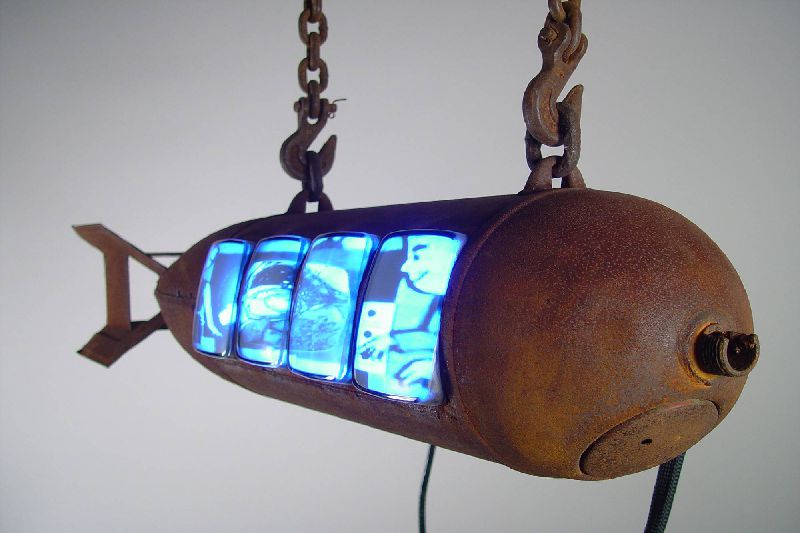 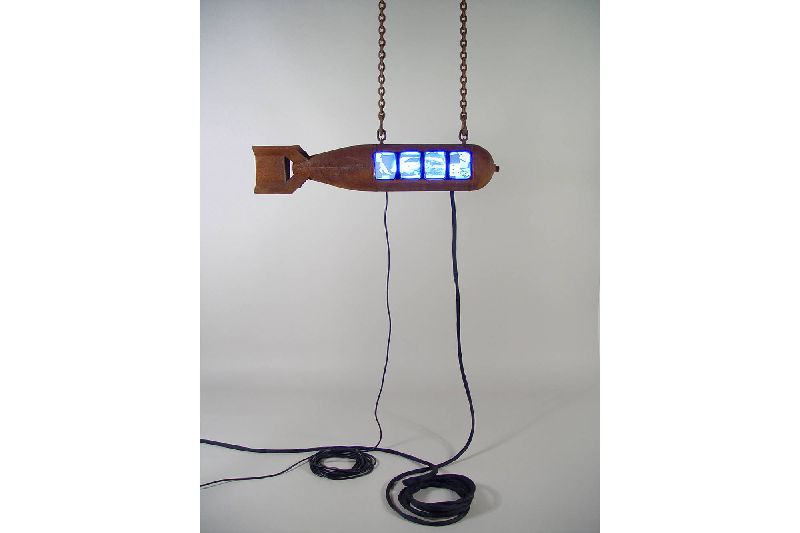 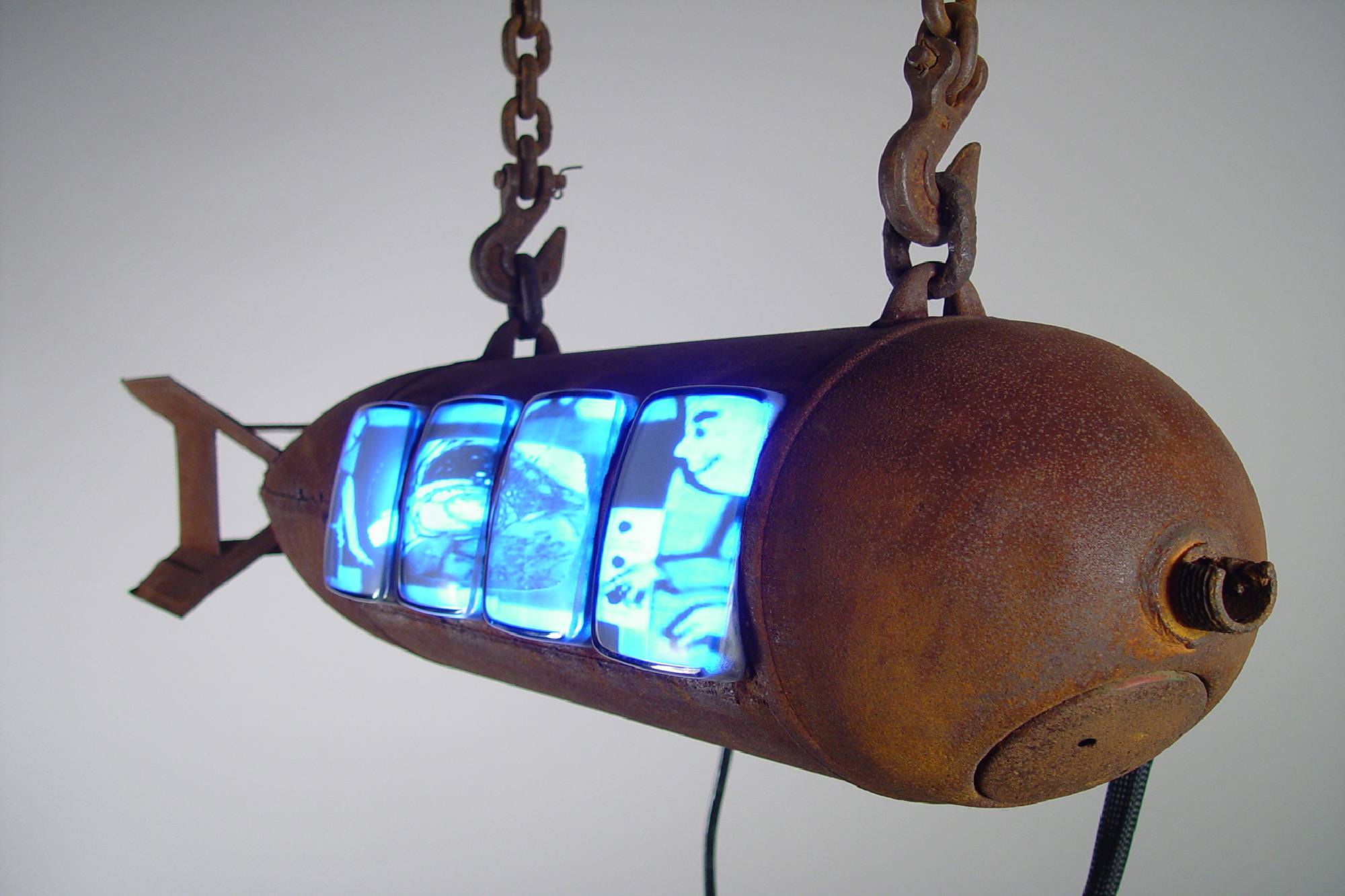 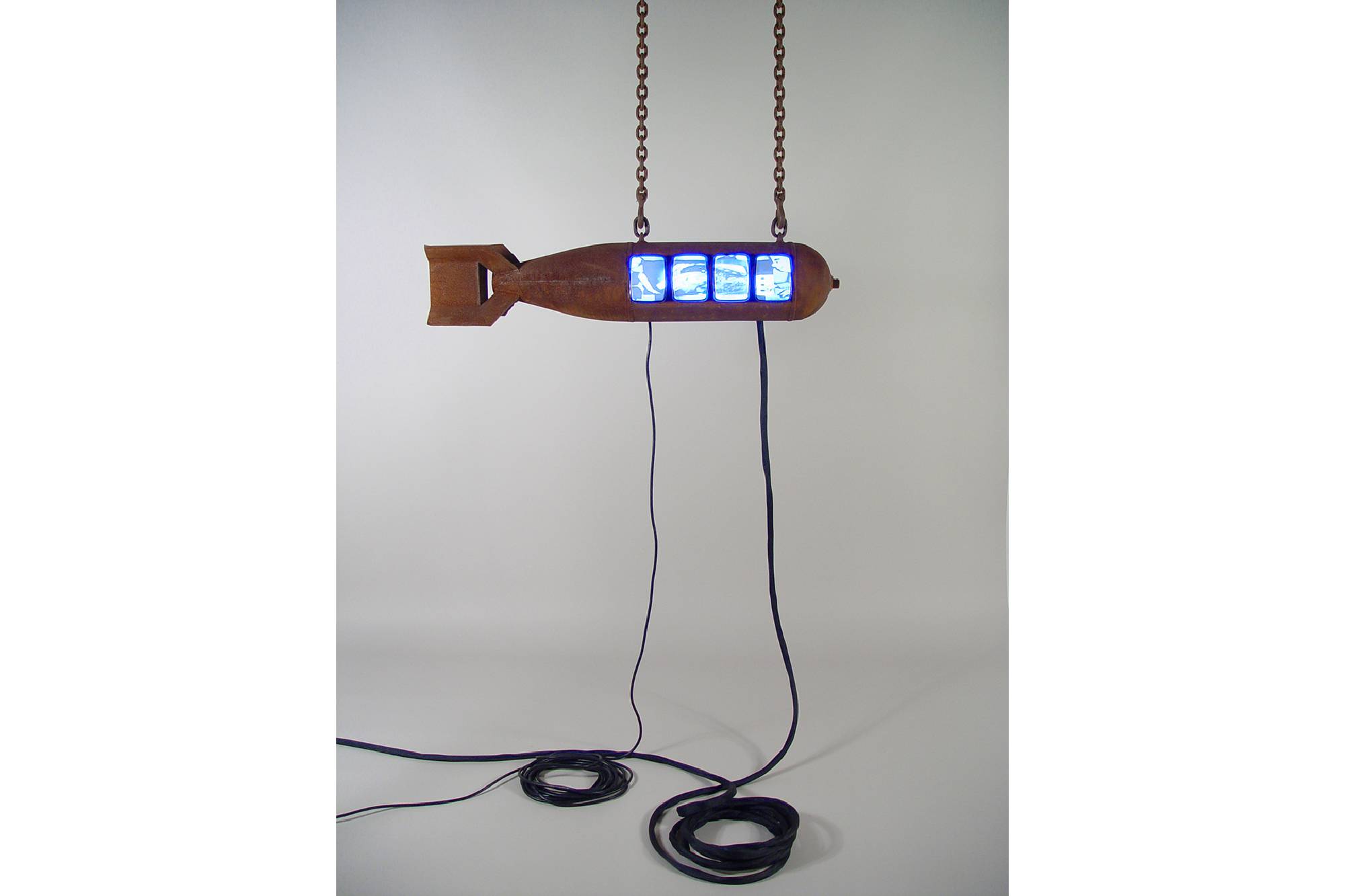 In the 2005 CoCA Annual, juror Ernesto Pujol included work by a young artist that featured a bomb casing suspended from the ceiling by heavy chains in which were housed four small video screens that featured animated cartoons. The artist, Tivon Rice, altered the "hokey, dated cartoon characters" to "create a vague, subjective narrative to disarm the bomb, as well as the television." Rice's project was semiotic (dealing with signs and their ability to convey meaning) in nature and used history as the definer of the bomb rather than vice versa. Rice's strategy, he explains, "was to play off the inherently sinister object that it is, and compare that to the objective & pervasive nature of contemporary media." Rice's Bombardment is a witty piece intended to comment on strategies of news media. It is a piece intended to collapse humorously under its own ironic structure.

Excerpt from The Hope Series and Other Sculptures. Daniel Kany, CoCA Press, Seattle, 2006