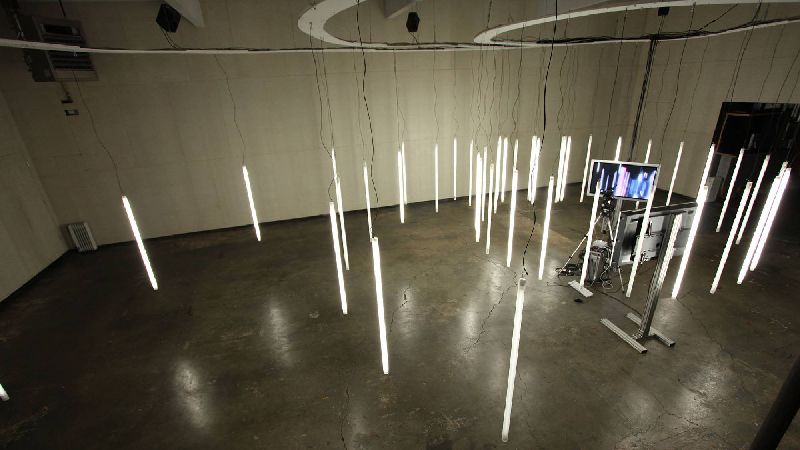 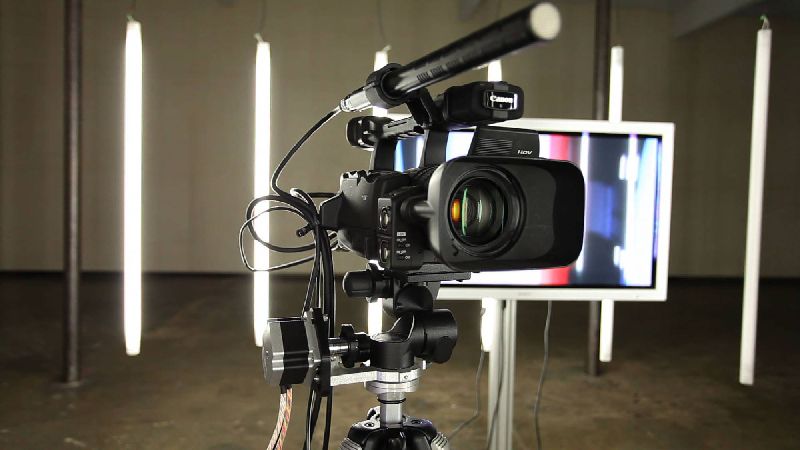 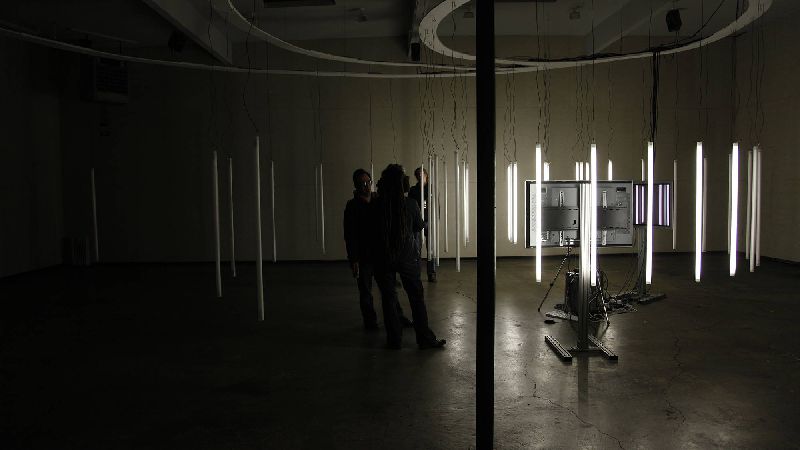 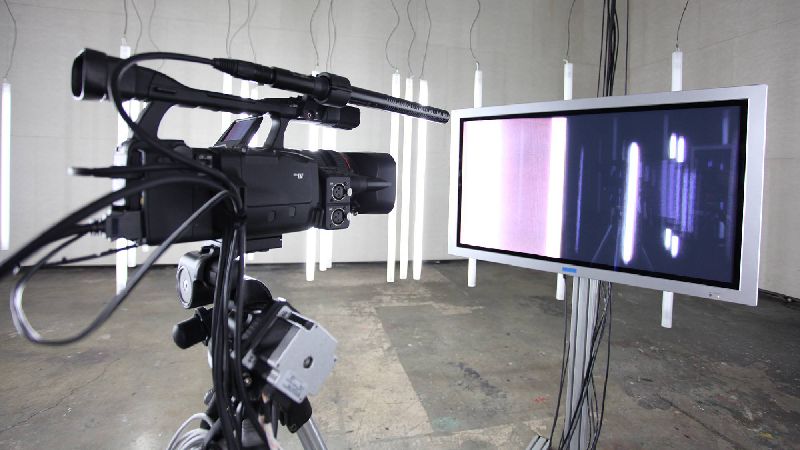 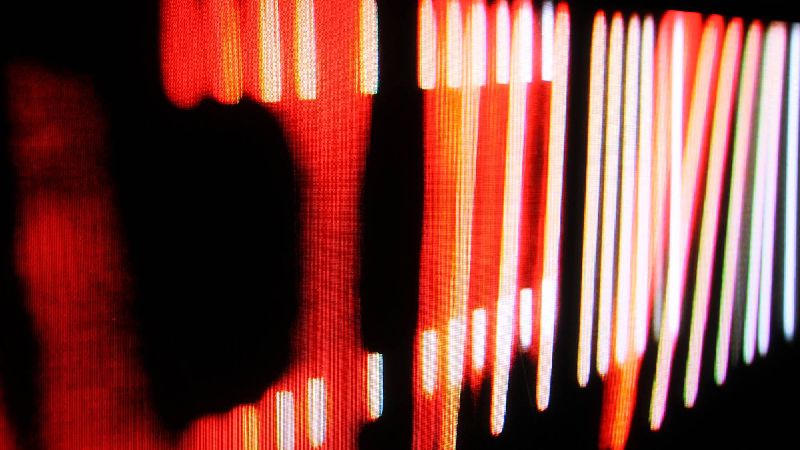 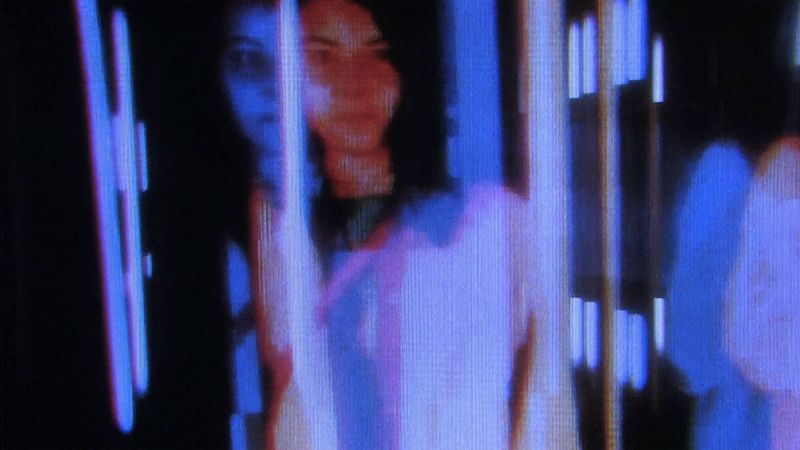 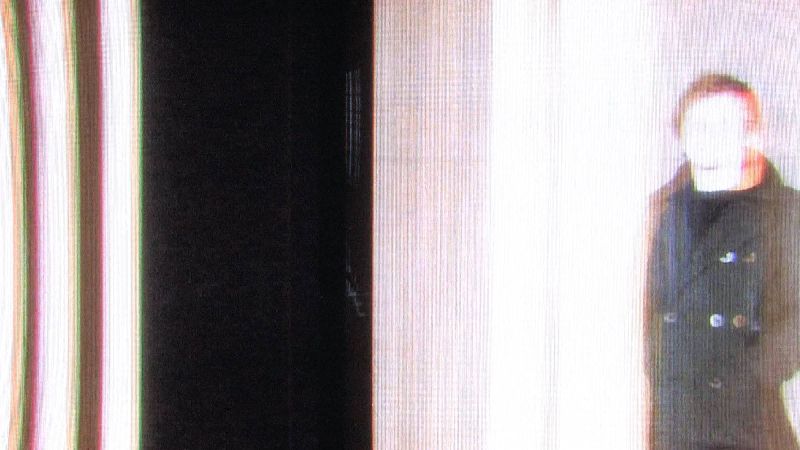 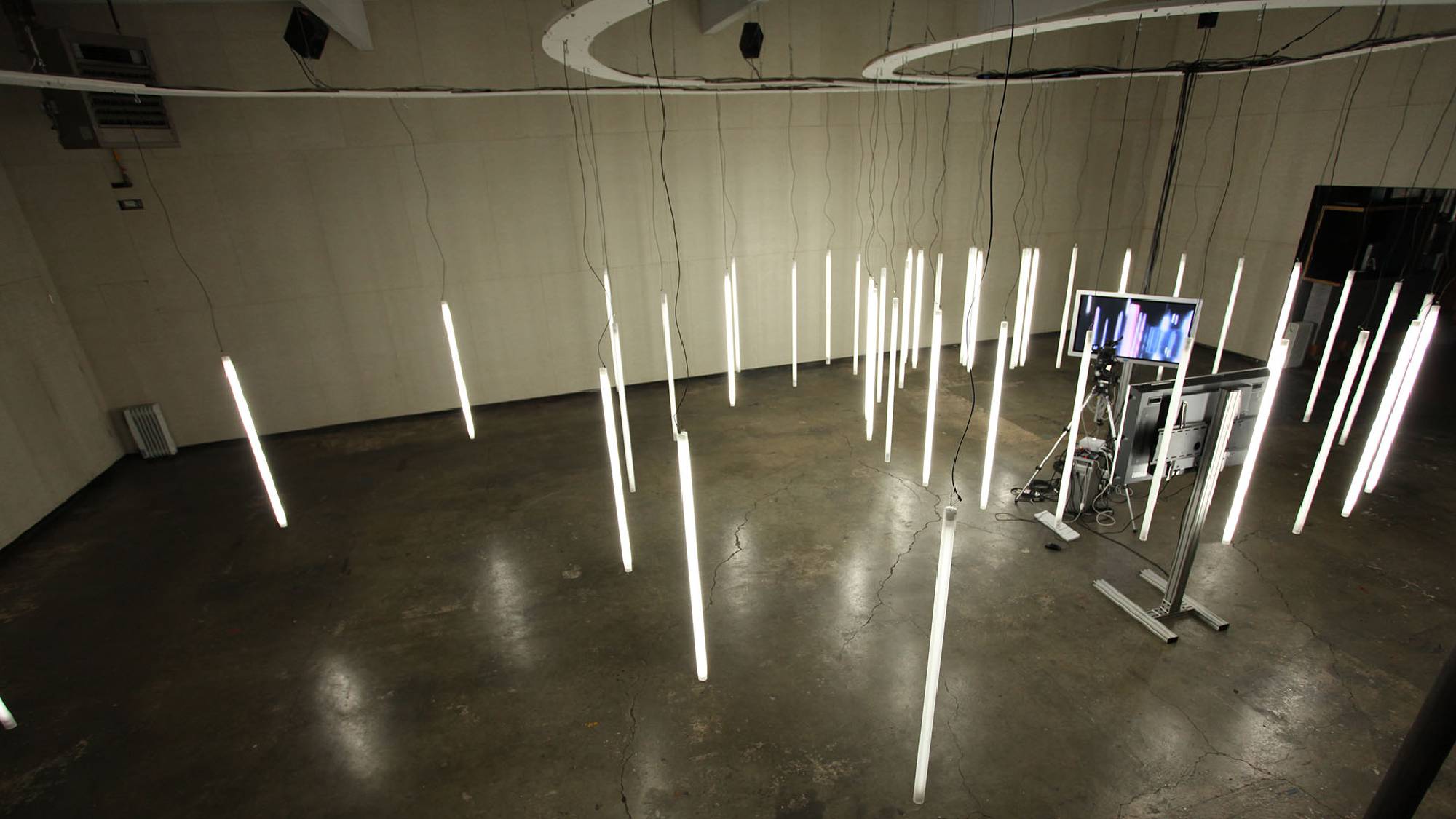 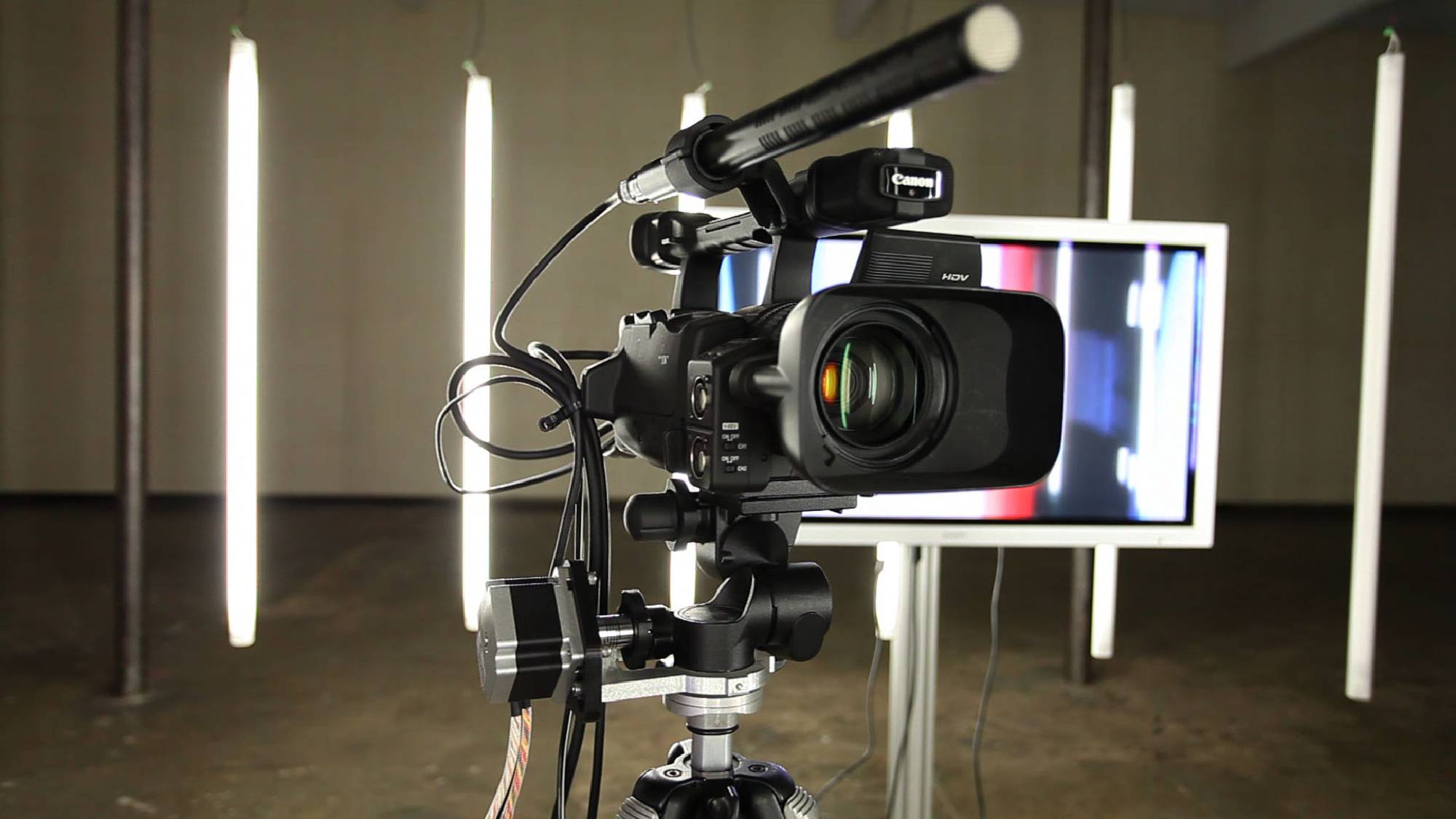 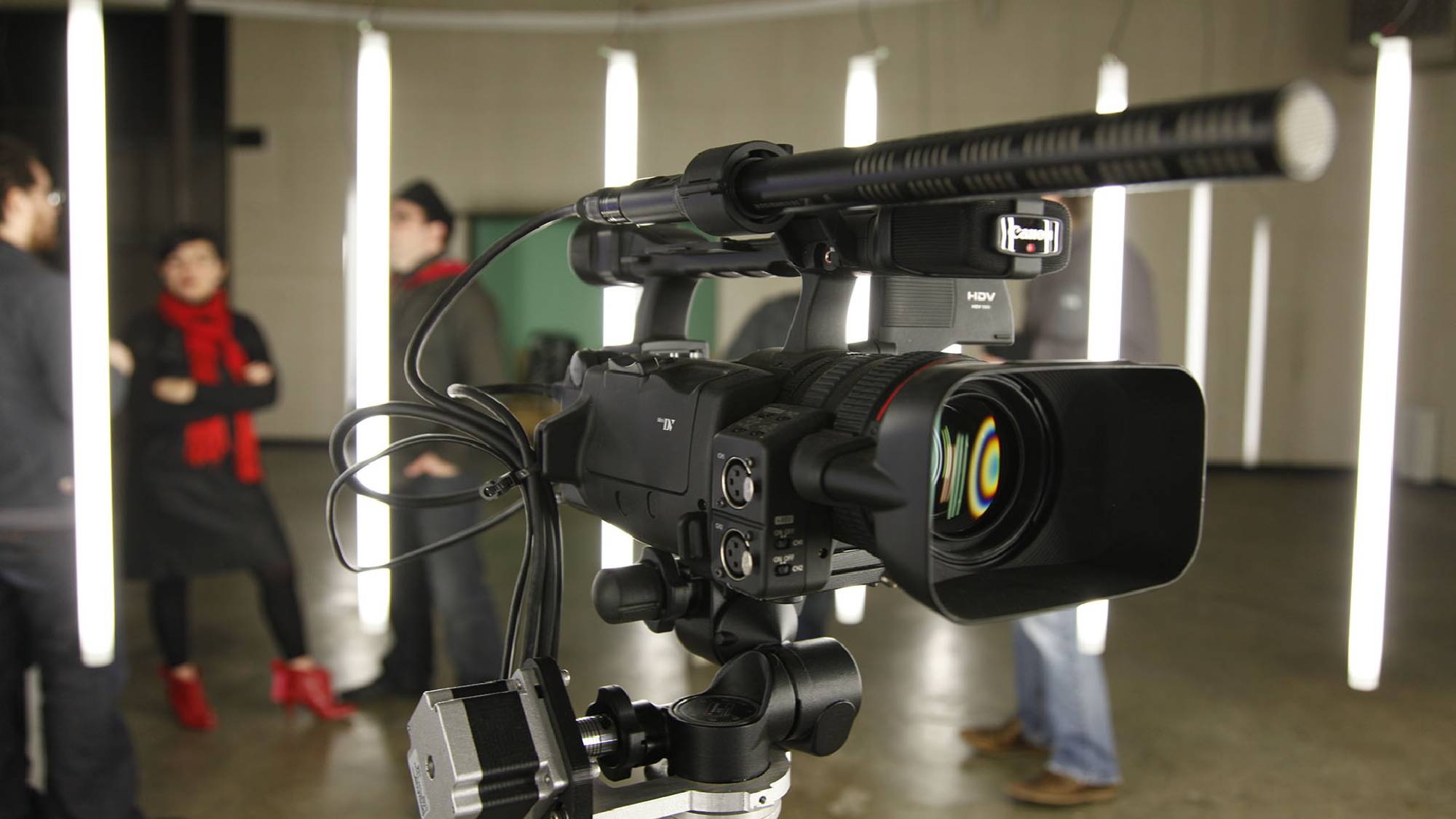 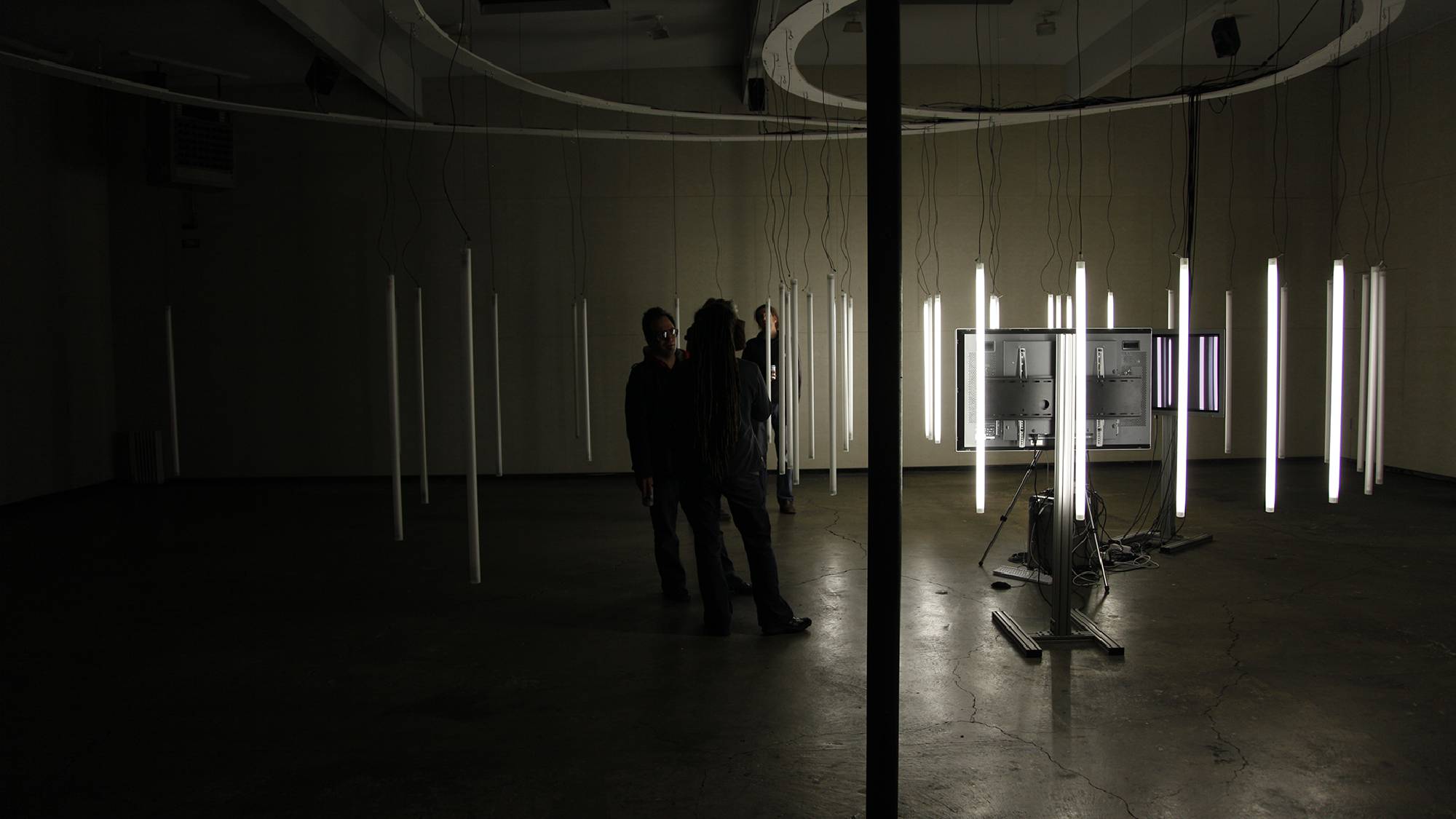 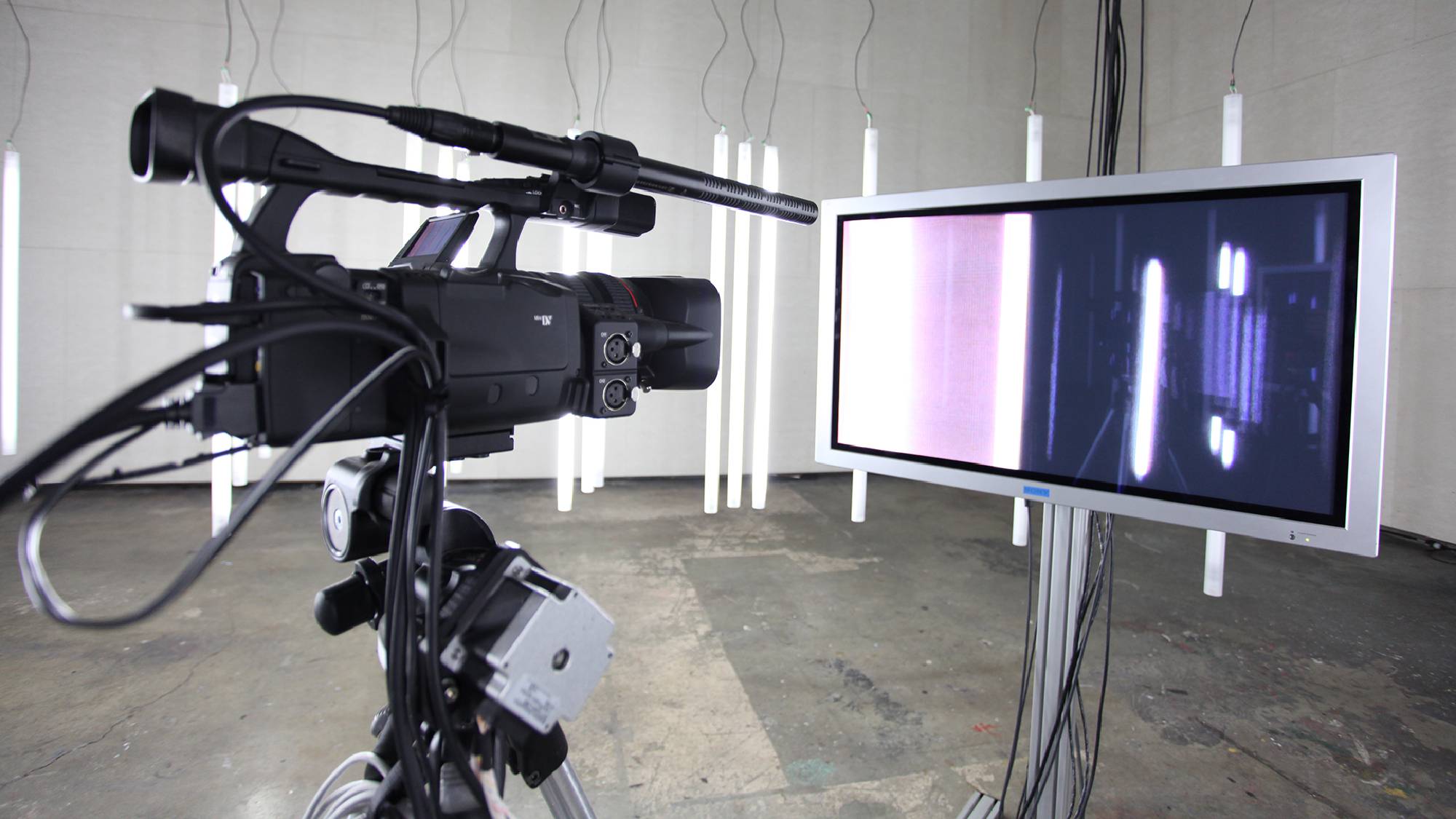 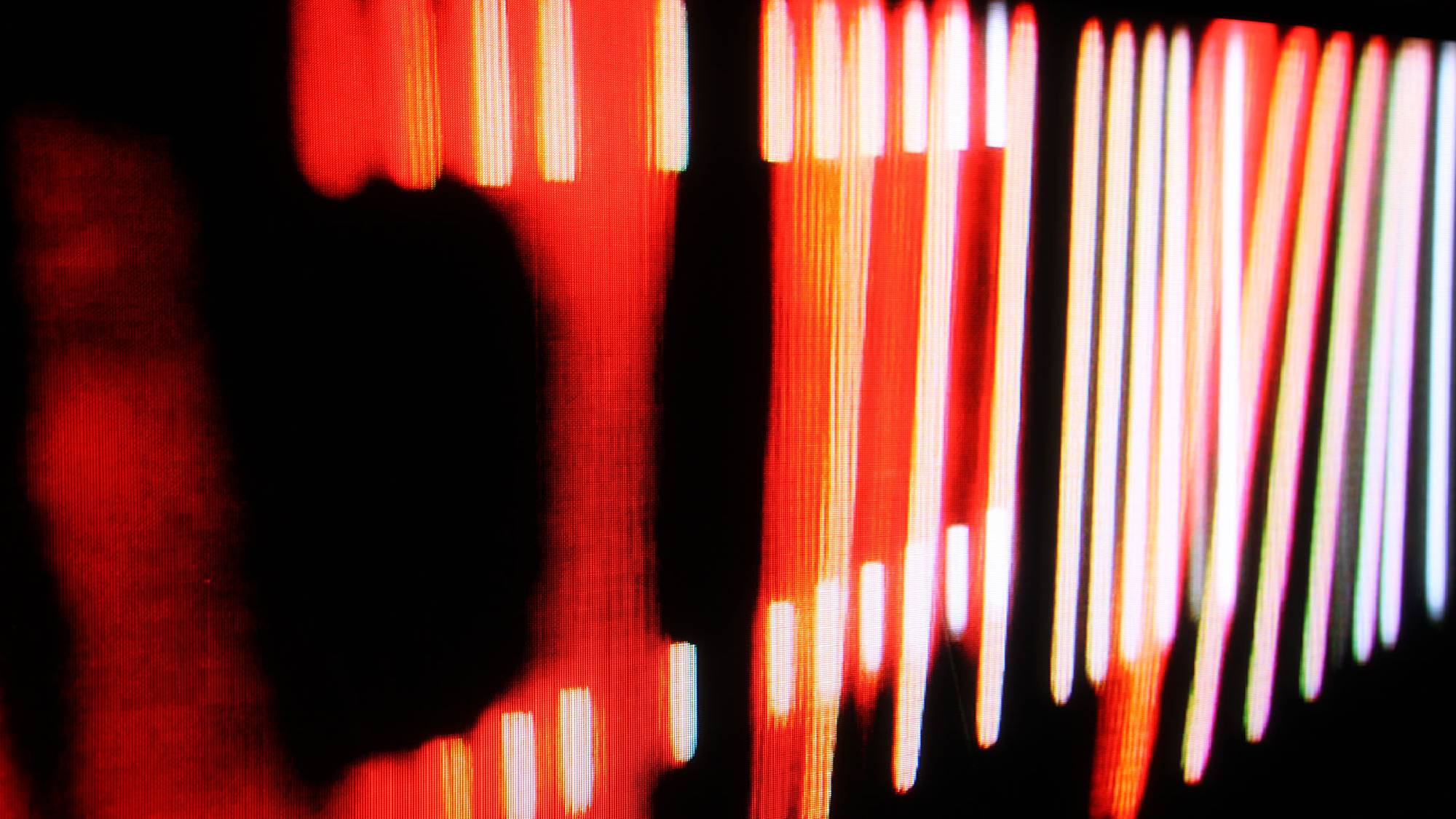 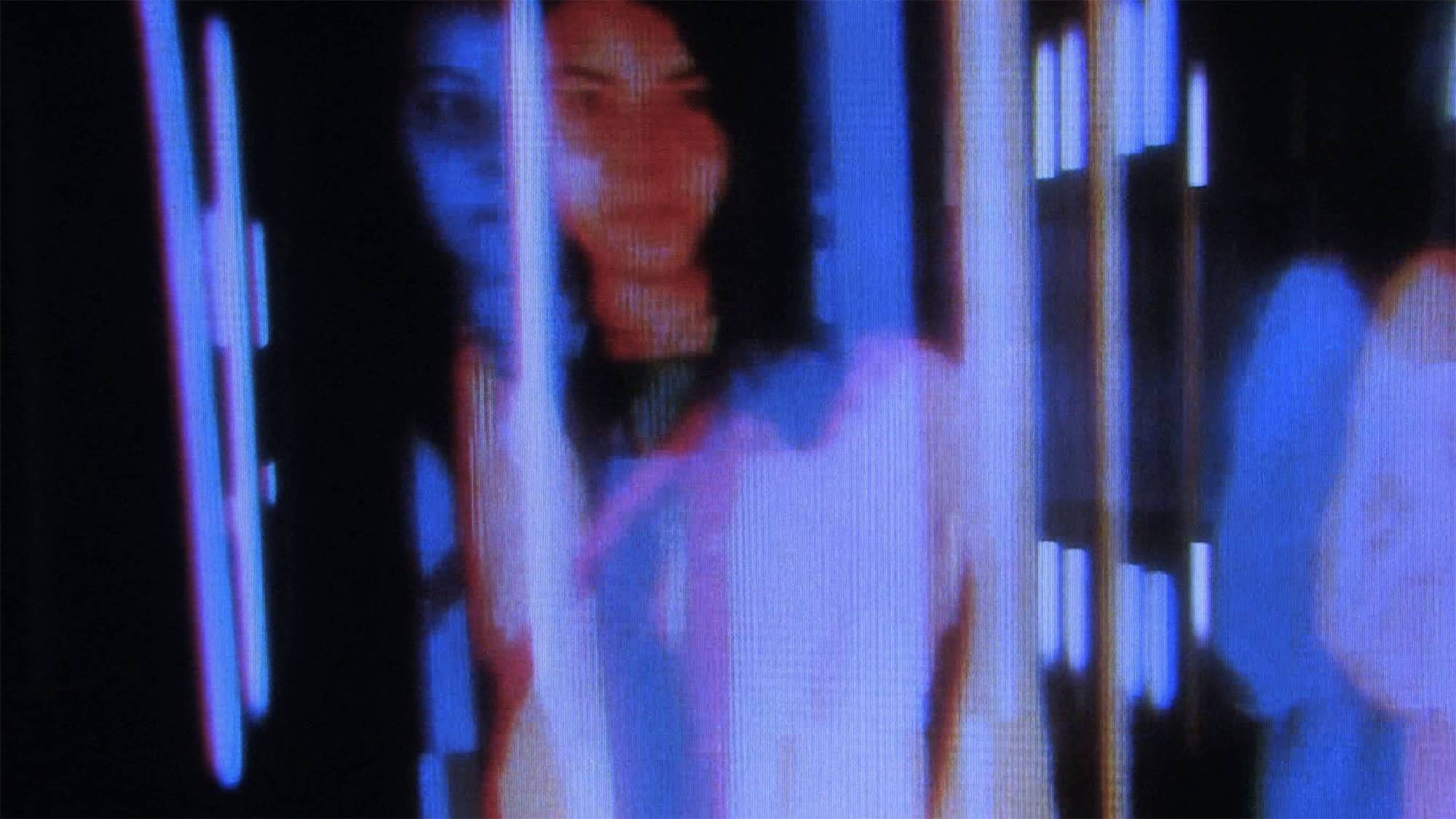 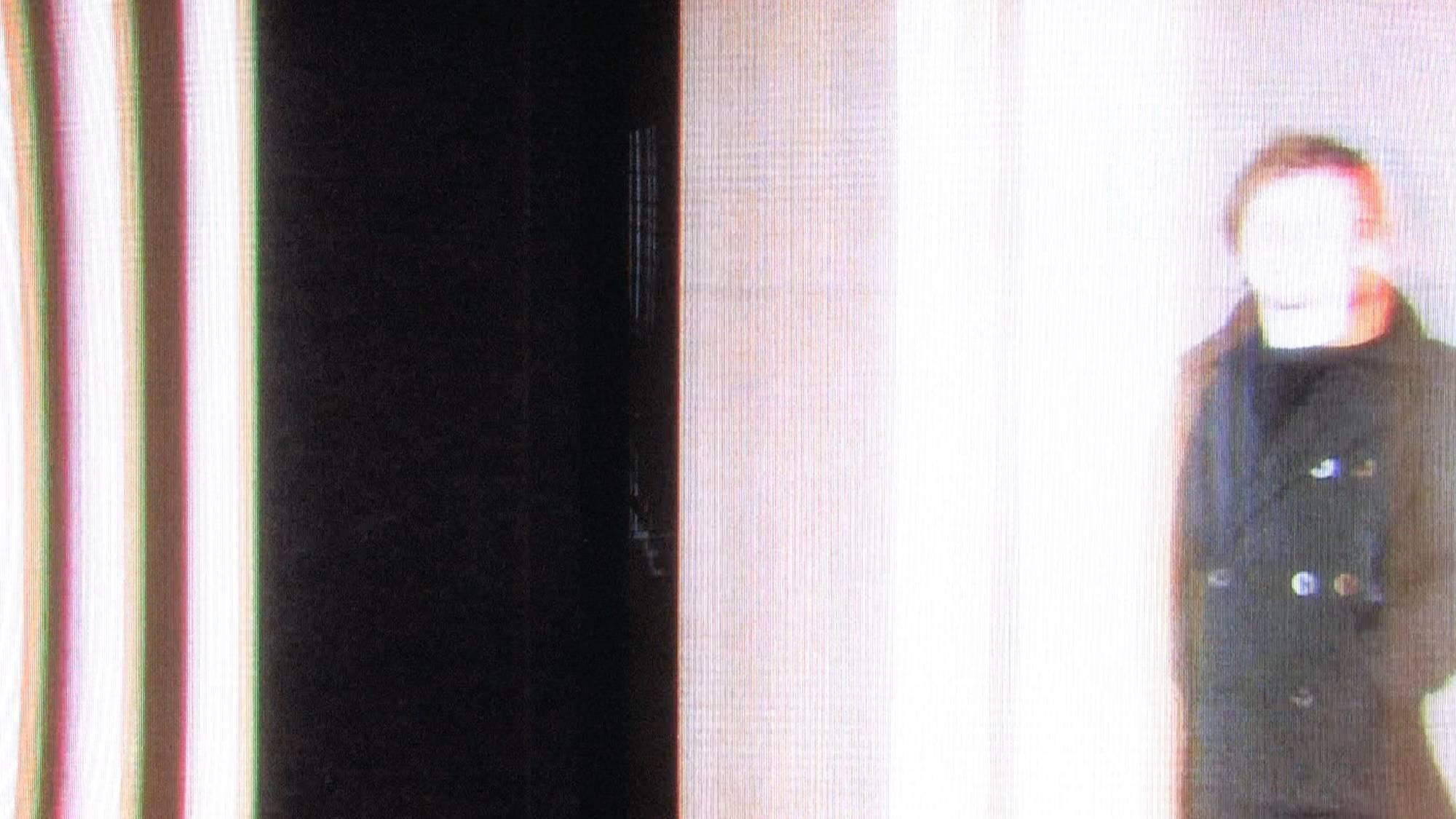 In A Macrocosmic Zero, an automated, moving video camera captures visitors as they pass through a field of dynamic sculptural lighting elements. As live images are embedded and re-circulated through this feedback system, distinct windows of time are eroded and transformed into pulsating masses of light and saturated color. Referring to both Robert Smithson and J.G. Ballard’s writings on entropy, A Macrocosmic Zero explores the crystallization of images in time, in this case through the lens of the video apparatus.

For his second solo exhibition at Lawrimore Project, the video and installation work of Tivon Rice in A MACROCOSMIC ZERO is its own creation and its own cancellation. It is at once: the thing itself, the thing assaulting and transforming itself, and the thing finally destroying itself. It is a system operating as its own logic for being—a logic concerned with the self-referential, the tele-visual and entropy. Working with a combination of live video capture, a motion actuated camera, light elements, architecture, video monitors, projection, and real-time computer processing of video and audio feedback, this is Rice’s most ambitious installation to date.