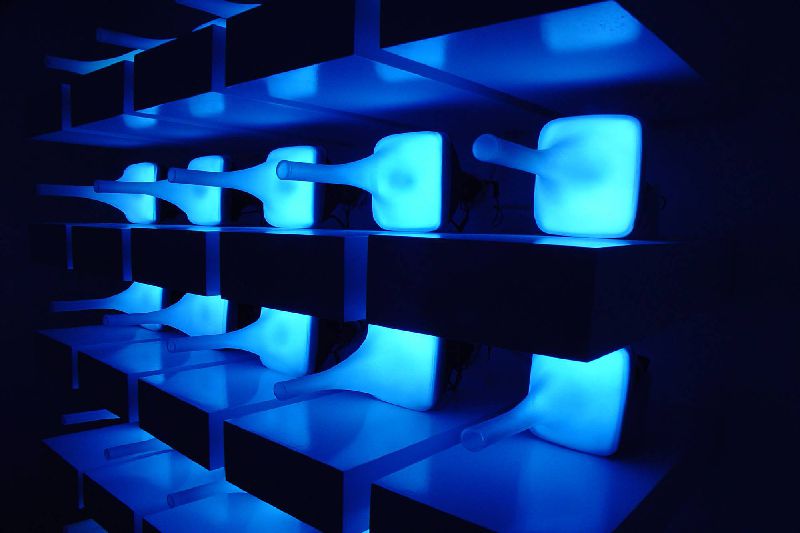 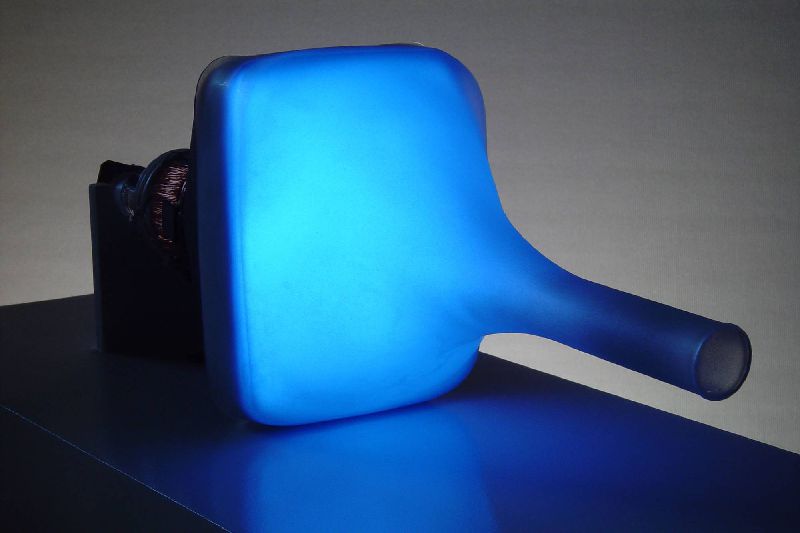 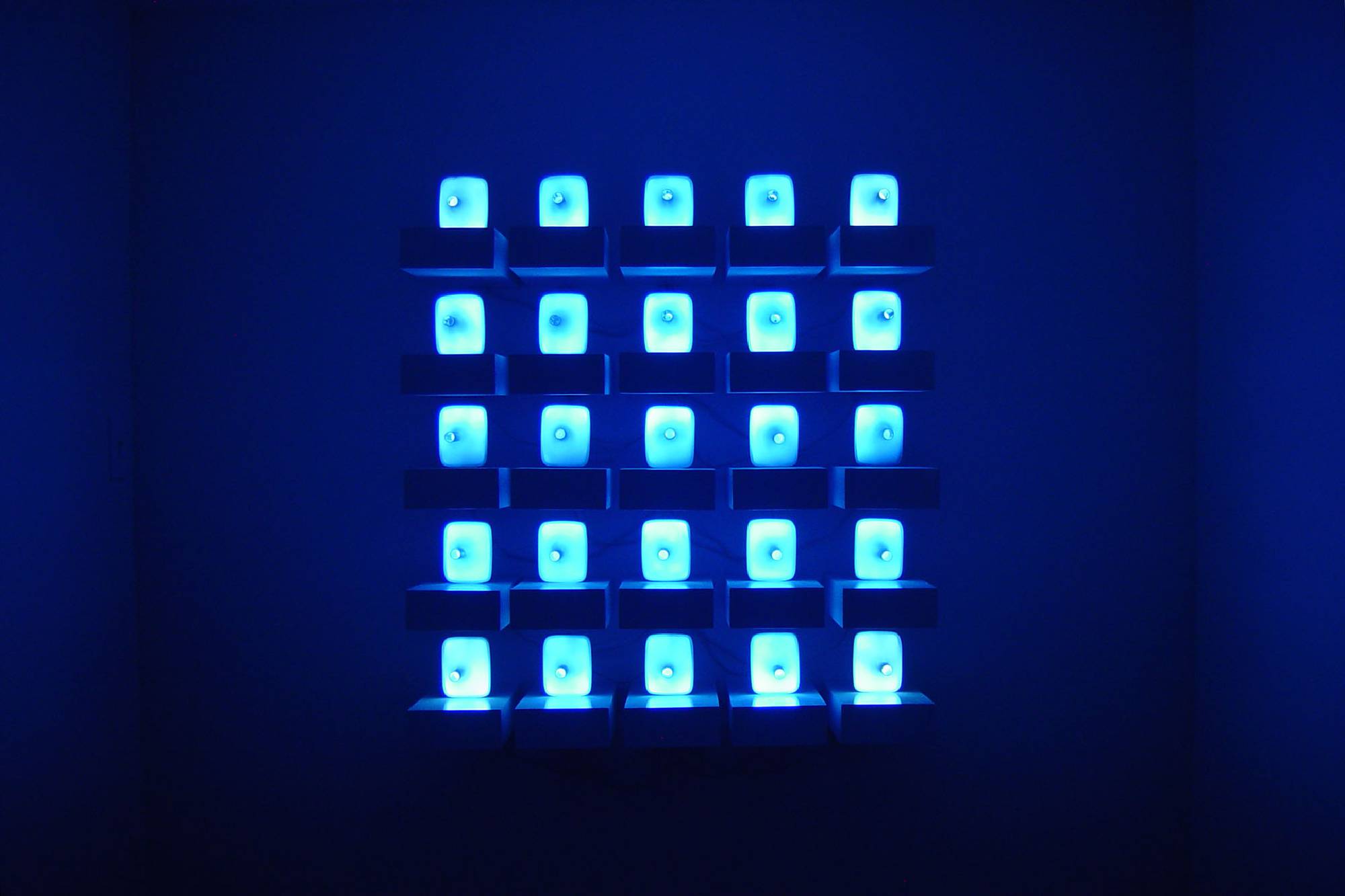 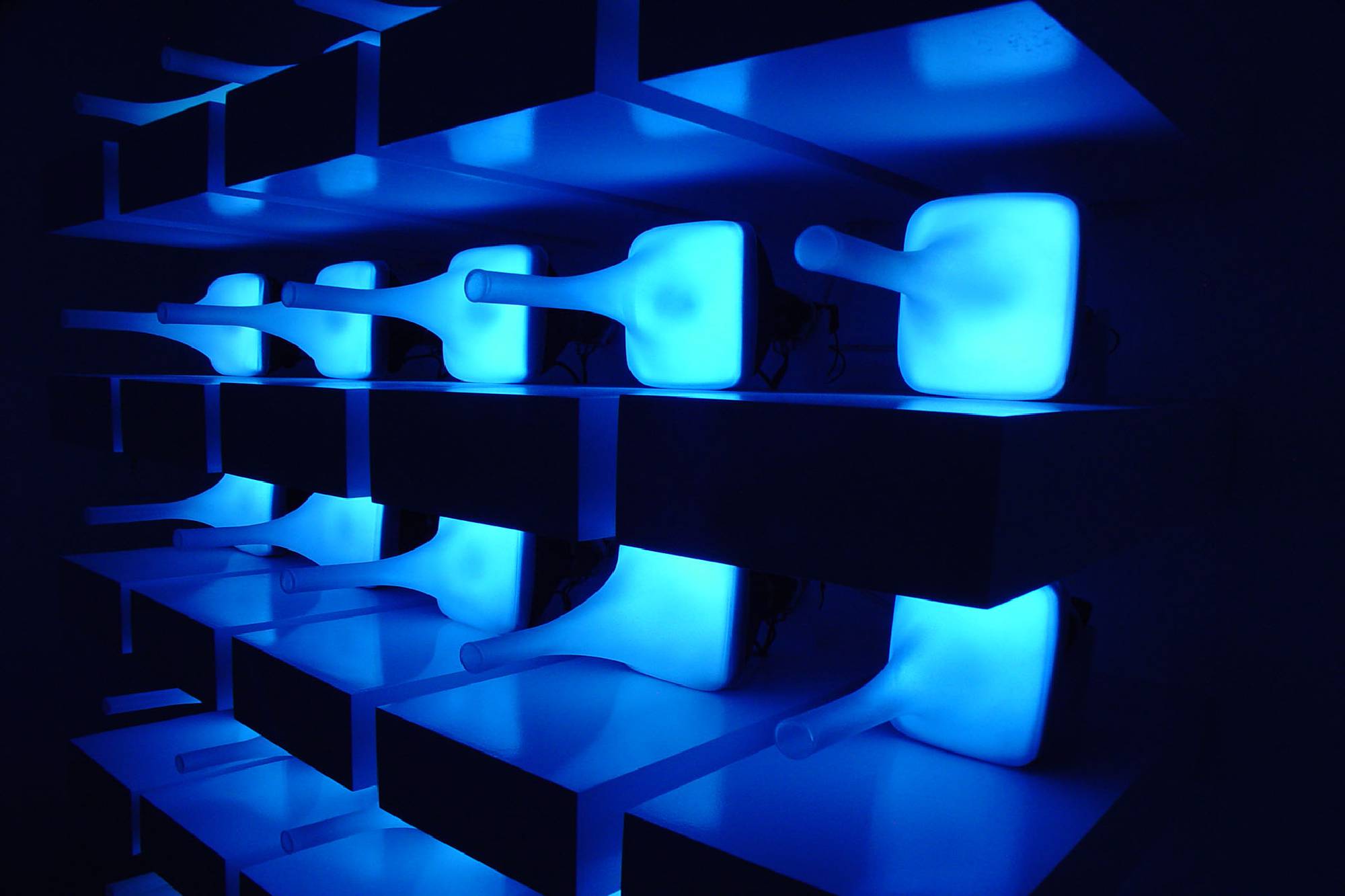 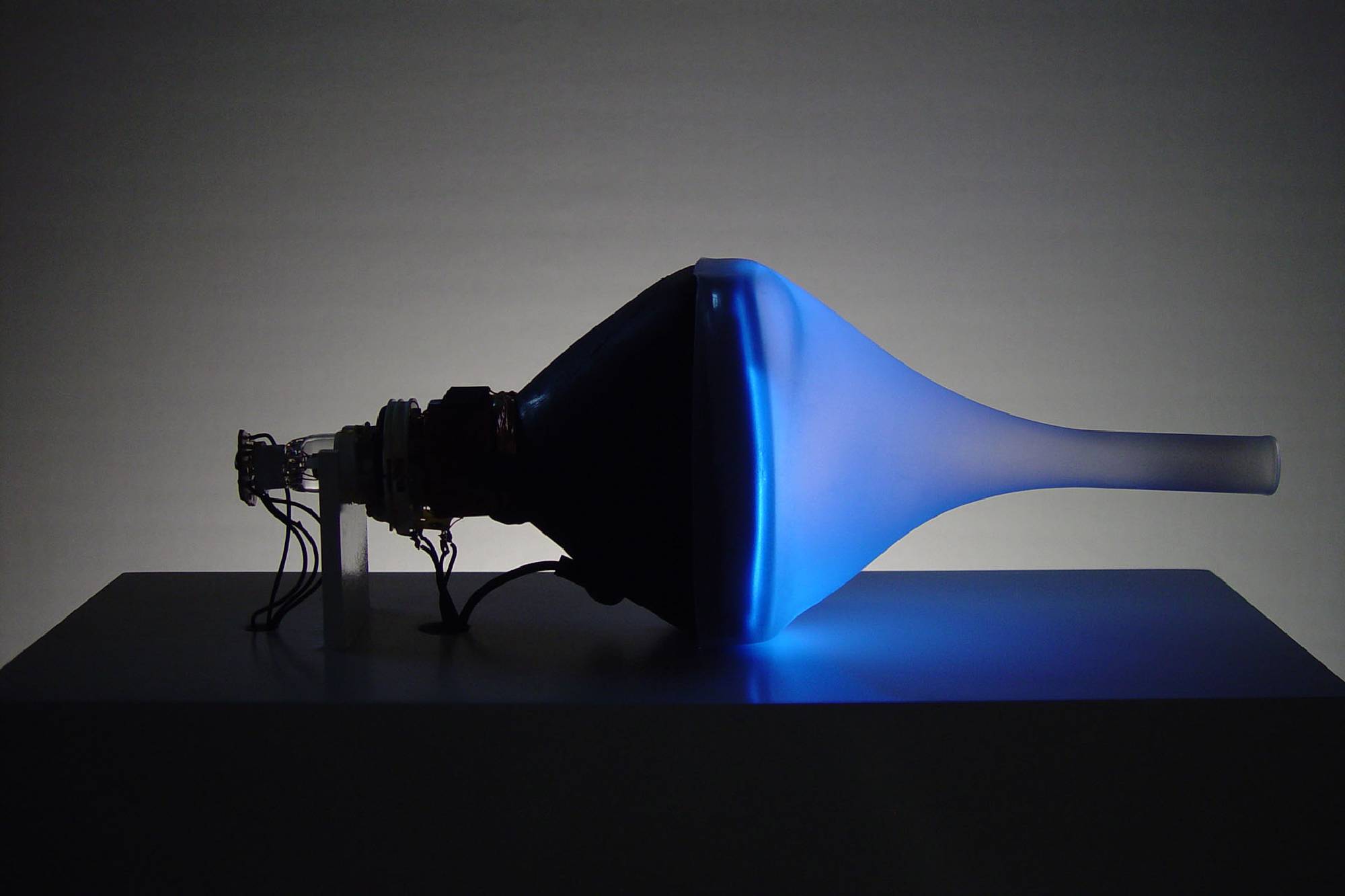 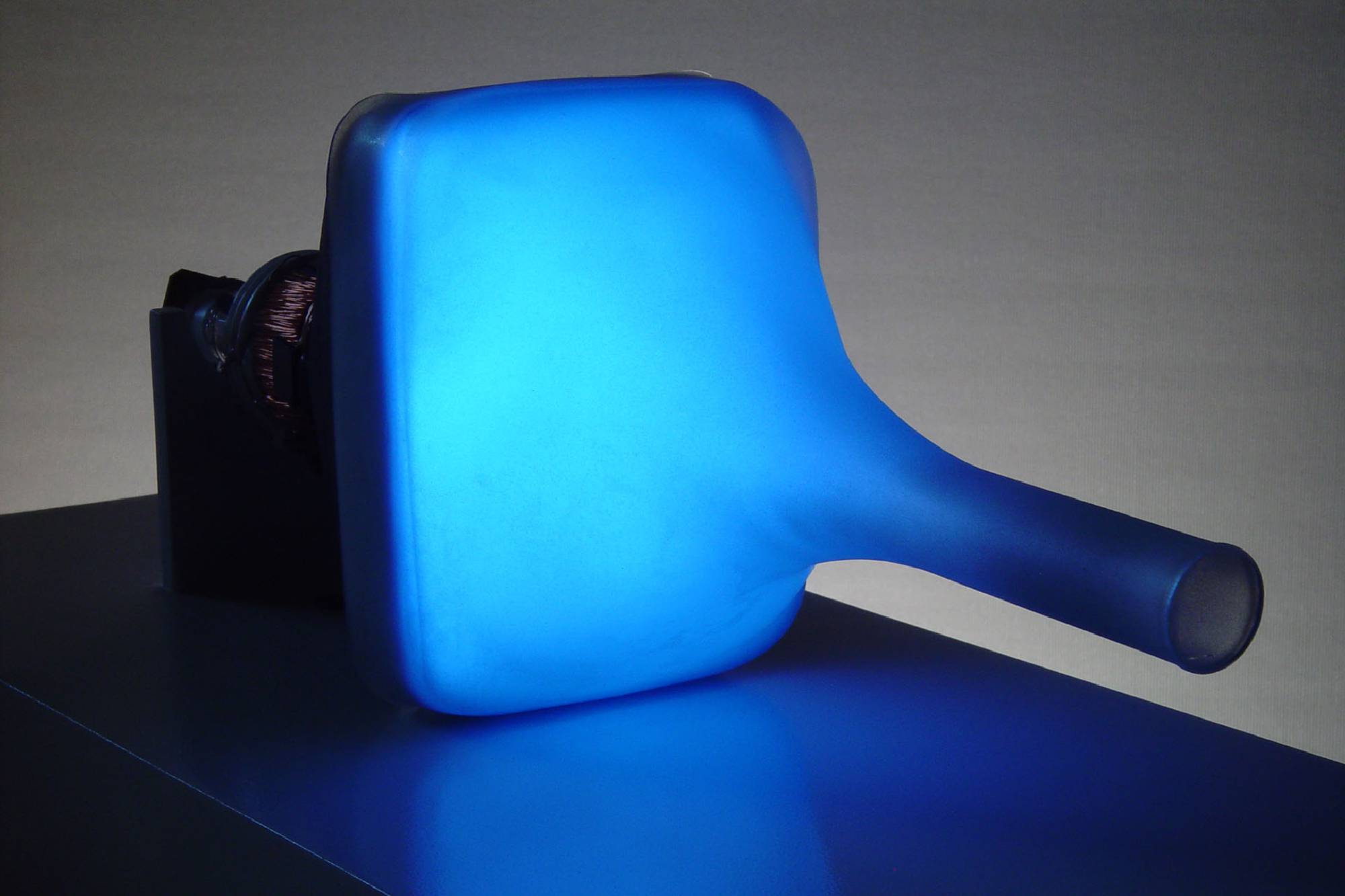 ...Take Philo’s Cave, for example, another display based on naked black and white TV tubes covered with plastic hoods. In the installation, (25) small monitors flicker on a set of vertical wooden shelves. This time we are invited to peek at what’s on TV, since Rice has left a small peephole at the snout of the plastic cover. What we see inside, barely, is a snatch of a Balinese shadow puppet play, created and filmed by the artist. But the puppet show is part of the subliminal message of the piece; what we perceive once we take our eye away from the peephole aren’t puppets and poles, but merely a chorus line of flickers, with a dark horizontal scan line traveling across all five screens at once, again and again, an abstract visual metronome beating time. The title of the piece can be taken on several levels.

The ‘Philo’ of Philo’s Cave is Philo Farnsworth, the tormented figure at the heart of the invention of television, but the title also refers, of course, to Plato’s Cave. Like the cave dwellers Plato described in the Republic, we poor viewers mistake the shadows of the puppets, transmuted by electronics, for reality. Rice very cleverly and engagingly suggests that rather than bring us closer to the forms of the real, Farnsworth’s television has only pushed us further back into Plato’s Cave, and that much further from direct experience.